Upon graduating from Fordham University in 1947, Peter M. Gandolfo Sr. joined Graybar Electric as a sales representative. In 1958 he resigned his position with Graybar Electric, and founded OHM Electrical Supply Co. in Elmsford NY. Rather than

introduce another "supply-based", distribution outlet to the market, PMG Sr implemented a unique "demand-based" distribution model to the market allowing the customer's product needs to drive the transaction rather than OHM's available inventory. This business plan flourished, and in 1967 OHM constructed a 40,000 square foot warehouse in Hawthorne NY to accommodate the rapid growth.

In 1975, a subsidiary, OHM International of Texas Inc. was formed to handle the increasing export

opportunities in the oil and petrochemical related industries. This office was opened in Houston and Mr. Peter M. Gandolfo Jr. was appointed to manage the Houston operation. Over the ensuing decade, OHM experienced tremendous growth, and in 1978 The Presidential "E" Award for "Excellence in Export" was awarded to OHM International, Inc. by Congressman Richard Ottinger and officials of the U.S. Department of Commerce. Cited was the company's "outstanding contribution" to the Export Expansion Program of the United States of America.

By 1980, OHM International had a customer base spanning 95 countries worldwide, and was gaining national attention. In January 1981, OHM Electrical Supply Co. and its subsidiary, OHM lnternational, Inc.,

In March 1996, P. Michael Gandolfo III joined OHM International representing the 3rd generation of the Gandolfo family to be actively involved in management. Upon his arrival, and with the wave of enthusiasm towards e-commerce, OHM implemented EDI trading agreements with its largest  customers, as well as with 100's of US Government entities. This electronic venue increased both sales & productivity. 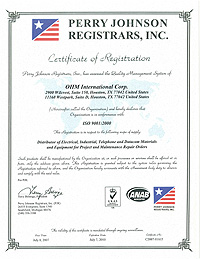 In 1998, in response to strong customer feedback requesting formal, quality assurance procedures, OHM International gained ISO9002:1994 Certification. Later, OHM would continue to upgrade its certificate as the standard was amended.

In 1999, OHM International modified its marketing approach for select countries and established a Venezuelan office, (CS-OHM de Venezuela). This Joint Venture served as the template to their strategy, and provided OHM access to the Venezuelan market with offices and warehousing in Caracas, Barcelona, Valencia and Maracaibo.

This Overseas JV Location is the 1st of 7 to be implemented. Other JV offices formed and opened were OHM-Tekmin in Peru, OHM-Danielcom in Ecuador, OHM-Comsertec in Bolivia, OHM-DRM in the ABC islands (Aruba, Bonaire, Curacao), OHM-IEOS in Libya & OHM-ICON in Dubai.

In 2001, OHM continued to expand its presence in the Caribbean through the formation of its subsidiary, OHM Caribe Ltd in St. Lucia. Shortly thereafter, ABB appointed OHM Caribe as its exclusive distributor for the entire Caribbean territory.

In 2005, OHM continued to expand its worldwide presence opening up offices in Japan and Mexico. In Japan, the office is classified as a JRO (Japanese Representative Office)

and resides in Tokyo, while in Mexico the office is a fully incorporated subsidiary, OHM de Mexico S. de R.L. de CV and is headquartered in Tampico. In an effort to better manage this growth, OHM also opens up its new warehouse location.

In 2006, OHM International incorporated OHM Enterprises, Inc as an IC-DISC

In 2008, the OHM International trademark is registered with the United States Patent & Trade Office (USPTO). In May of this same year, OHM commemorated its 50th consecutive year of profitable operations, and in celebration of this momentous event, shut down the offices and took all of the employees and their families to the Wyndham Grand Rio Mar resort in Puerto Rico for 5 days. 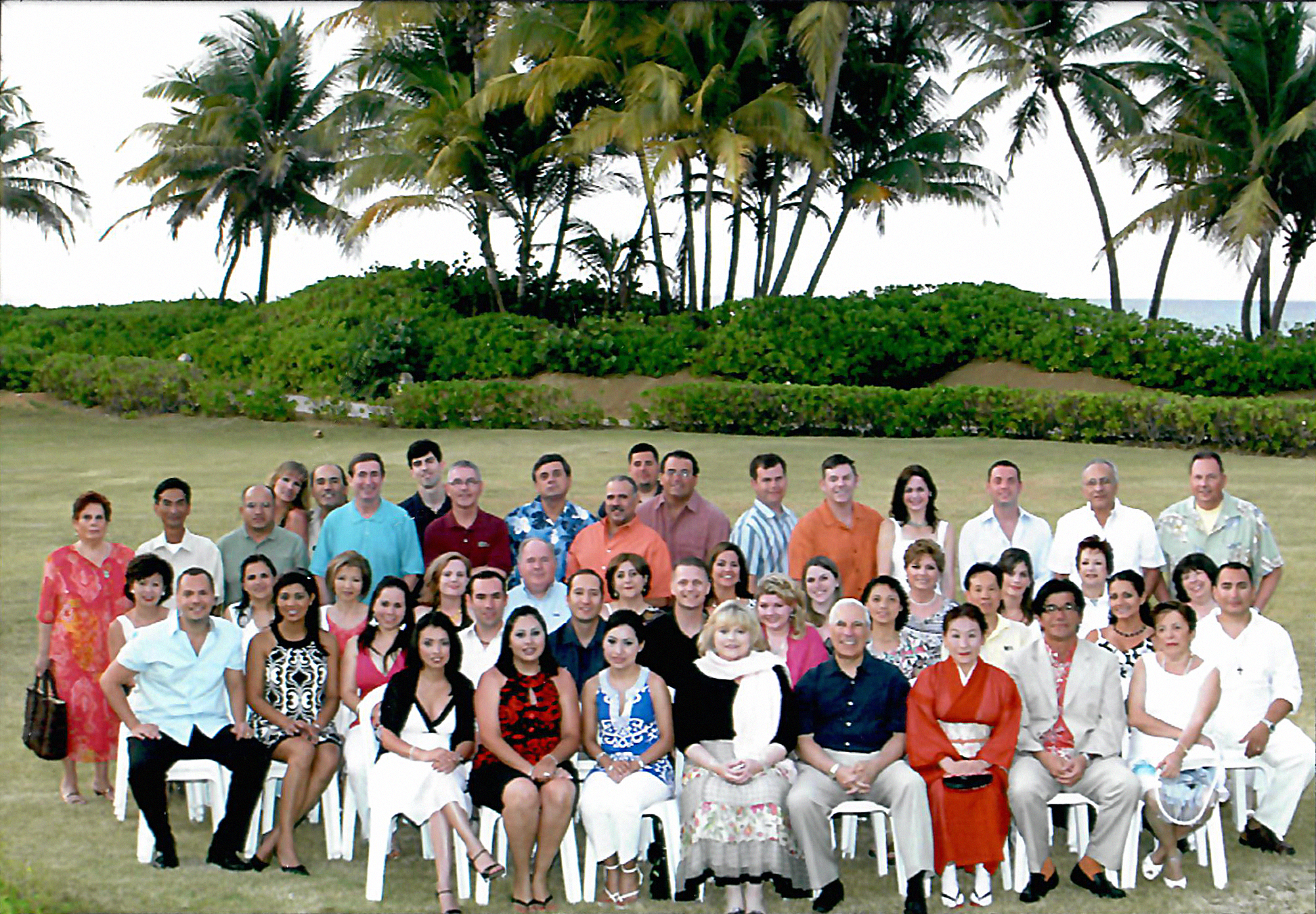 Later in 2008, OHM elevated its presence in Japan by incorporating its Japanese Representative Office into a full Kabushiki Kaisha; OHM Japan K.K.

In 2016, OHM became the exclusive distribution channel for M-Trigen in the Caribbean basin and re-entered the US domestic market becoming its master distributor in both Texas & Louisiana. 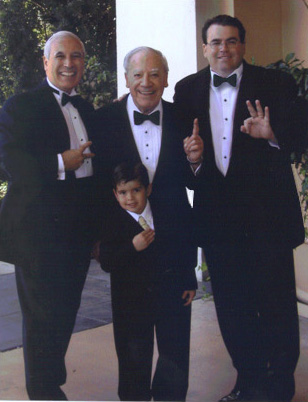